This past weekend, I drove south to the ‘nati to cheer on some flying pigs. 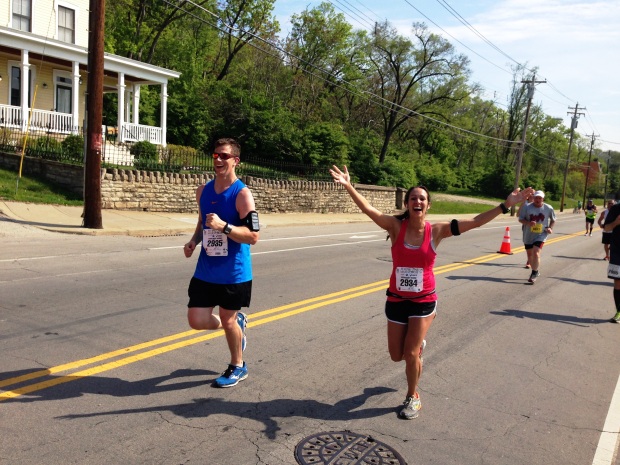 OK, that’s not entirely the reason I went, but it sure was fun!  You see, my dear dear friend Nash and her fiance Kyle are moving to Greenville, SC (note:  the two pictured above are not Nash and Kyle:)).  And I’m sad about it.  For years I’ve been driving the mere 90 minutes to visit her, many times spending less than 24 hours, and she the same to visit me.  Talking on the phone is great, and it’s the way I’ve maintained many of my close friendships, but nothing beats in-person quality time.  Of course, I’ll be visiting her down south (especially during the winter months), but a $300+ flight is not quite the same as a 90-minute drive.  Luckily, there will be many reasons to see her this summer and fall preceding her wedding on November 14!

On Saturday, Nash and Kyle hosted a cookout as a last hurrah before moving next weekend.  With no real plans keeping me in cbus, I took advantage and squeezed in one final visit to the home I’ll miss so much.  Not wanting to arrive empty handed, I decided to bring my famous guacamole – aka, “guac”. 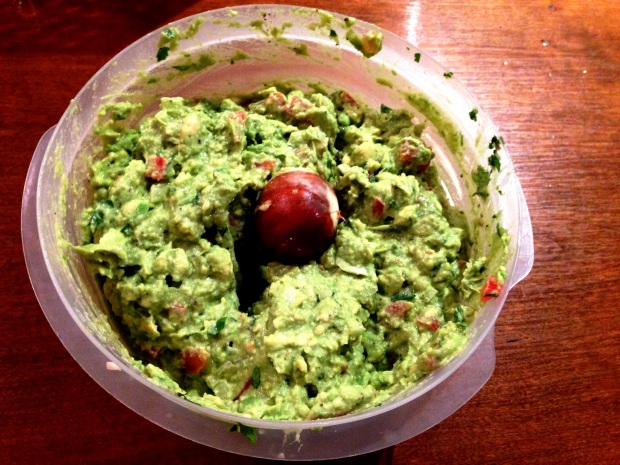 In my humble opinion, my guac is of the best there is, perhaps second only to Chipotle’s.  What makes mine so special, you ask?  It puts the spotlight where the spotlight should be: on the avocados!  Avocados are one of the world’s most perfect foods – smooth, creamy, flavorful, healthy, satisfying.  They don’t need a much to be turned into a crowd pleasing dip!  My recipe calls for just a few simple ingredients:  onion, tomato, lemon (not lime), lots of salt, pepper, and…wait for it…the secret ingredient: a dollop of sour cream! 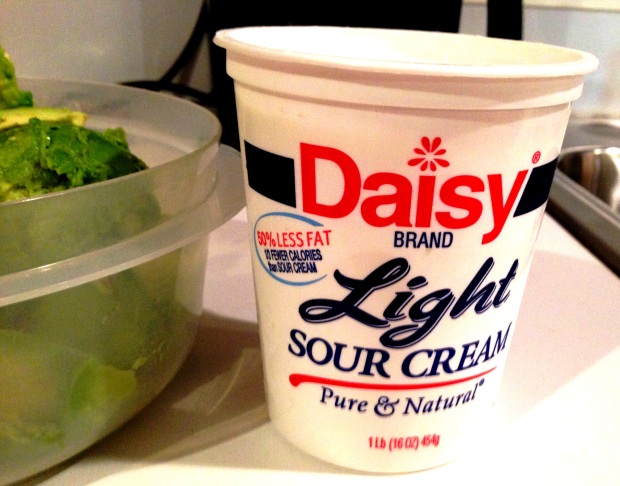 Up until recently, those were the ingredients in their entirety.  However, I am obliged to tell you that after a weekend spent at a lake house with Wyatt and his friends in which we consumed two separate batches of guac in one day, he convinced me to start adding two additional ingredients that I long protested, claiming they were “unnecessary”:  garlic and cilantro.  I now add just one clove of garlic and a handful of cilantro – not too much, just enough to give it some more interest.  And as much as I hate to admit it, my guac has been taken up a notch (who knew that was possible?) with these additions.  Add it to the list of good things that came out of my relationship with Wyatt.  That, and a nice cutting board! 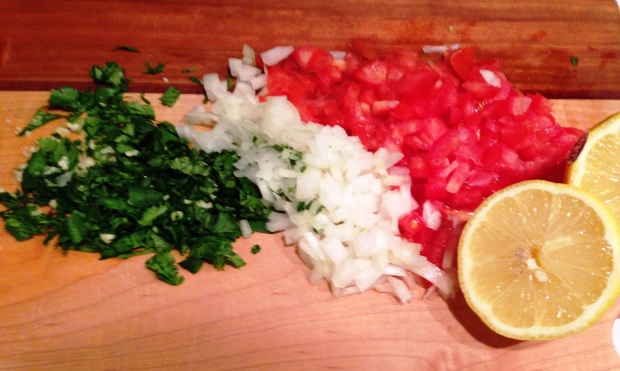 Another secret to making awesome guac?  A potato masher!  It’s the perfect tool for getting the consistency just right – smooth, but not too smooth. 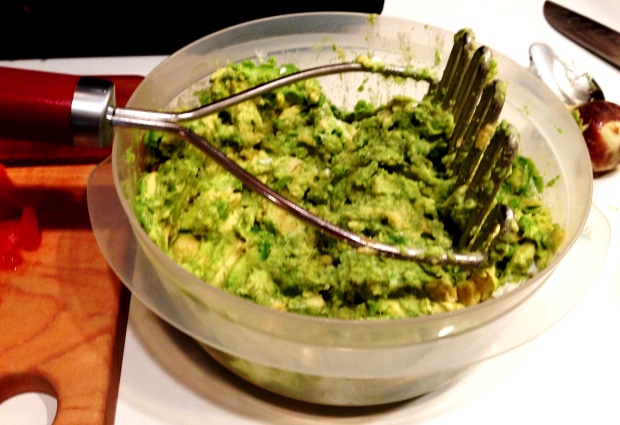 And, of course, the real secret to making guac is the hardest one to control:  the avocados themselves.  They need to be perfectly ripe.  Not too ripe, but even worse is when they aren’t ripe enough.  I once had a bad batch at Ashley’s cottage, that even after an entire week never really ripened, and the guac was a total waste. The key is to buying them in advance, so you can buy unripe ones and ripen them yourself in a brown paper bag over the course of a few days.  I didn’t buy the ones I used Saturday until that day, but luckily I was able to get my hands on some ripe ones.  Since I made the guac in advance of the 90 minute drive, I placed the pit in the center – a trick I learned somewhere to keep it from browning.  It worked!  This batch of guac was a hit and gobbled up not long after I arrived at the Nash household.  Served with tortilla chips, of course.  Yum!

When we weren’t eating, we were cheering on runners in the Flying Pig Marathon!  And at times, we were doing both 🙂  Camille and Doug are good friends of Nash and Kyle, and actually moved down to Greenville themselves last year (lucky them – they get Nash and Kyle!).  They were in town to run their first full marathon!  (side note:  what kind of crazy people choose one of the hilliest marathons as their first?!)  Nash, Kyle, and I got up early to grab coffee and meet their friend Kristen, where we cheered on Camille and Doug at mile 14 of the course.  We then drove to Mile 24, where we had some sweet signs thanks to Kristen: 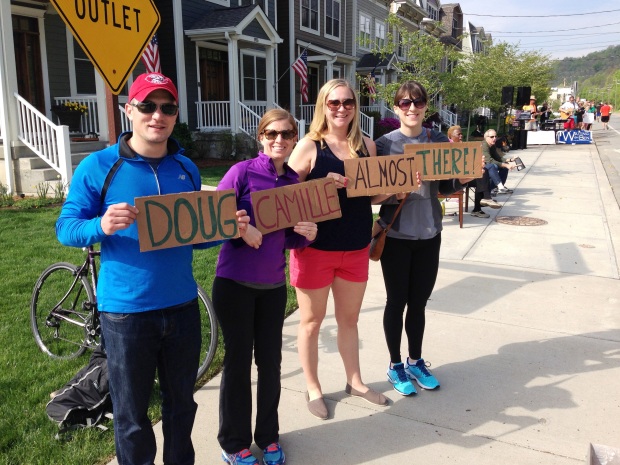 At that point, we were all getting hungry ourselves (spectating is hard work!), so we walked just a couple of blocks up the course to super cool brunch spot, Brew River.  Brew River just happened to be across the street from this old couple, who consistency cheered on runners ALL. DAY. LONG. – which would have been adorable except for the fact that they were blasting “Chariots of Fire” from one of their upstairs windows on REPEAT.  OVER AND OVER.  I imagine it was motivating for the runners, but for those of us trying to enjoy our day drinking and cheer on some runners, it was comically annoying. 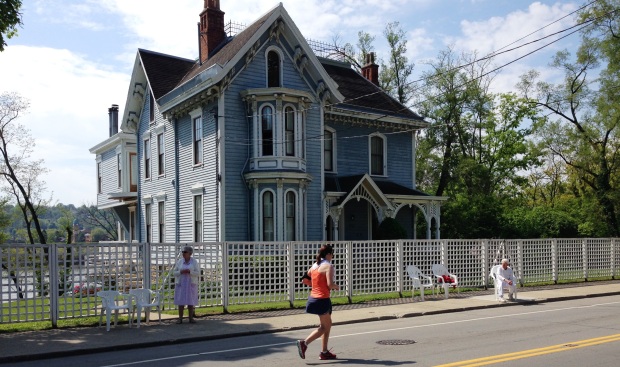 On the food front, we all enjoyed copious amounts of fattening food, as if we had run a marathon!  I opted for the shrimp ‘po boy, which was served with some amazing fries.  Much of the group went with the poutine, which was served brunch style with drippy eggs on top…need i say more?  All washed down with a spicy bloody mary.  #perfectsunday 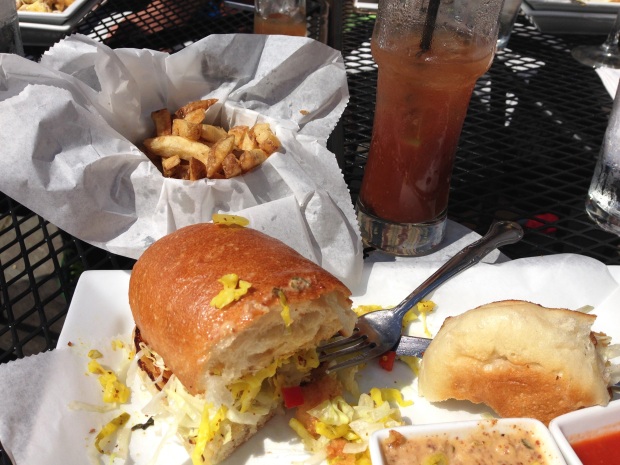 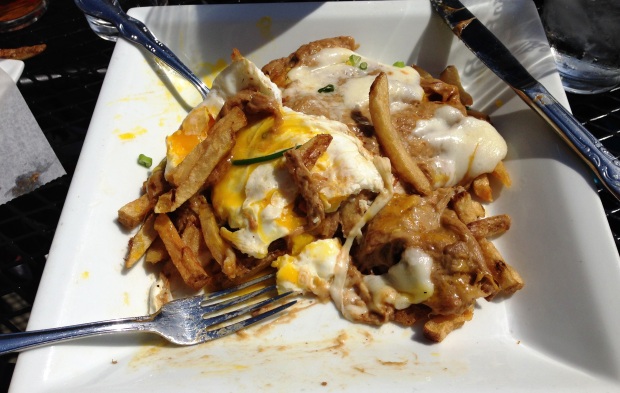 Camille and Doug met us post-race, looking fabulous and like they had just gone for a stroll, not run one of the hardest marathons out there!  Congrats, you two – you are awesome! 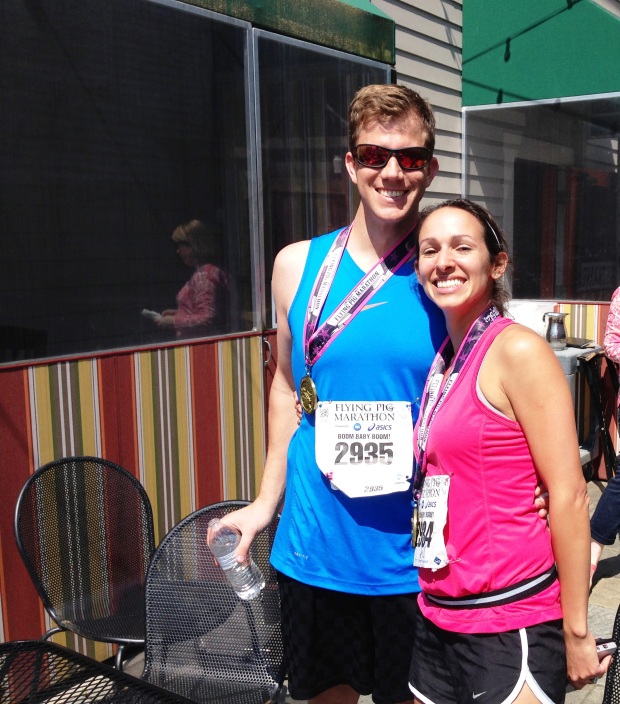 Nash and Kyle – I will miss you.  Already counting down the days til you move back!  xoxo. 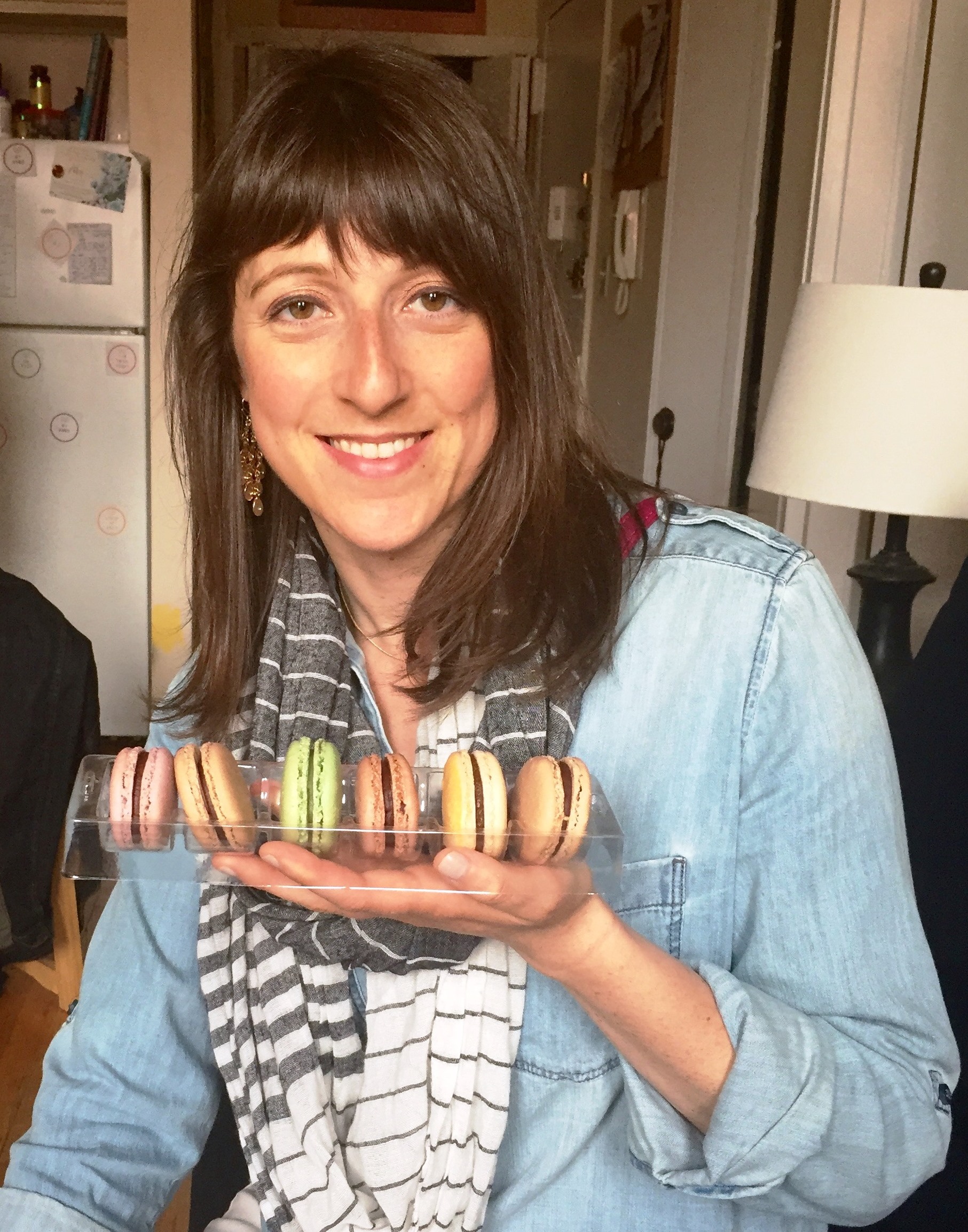